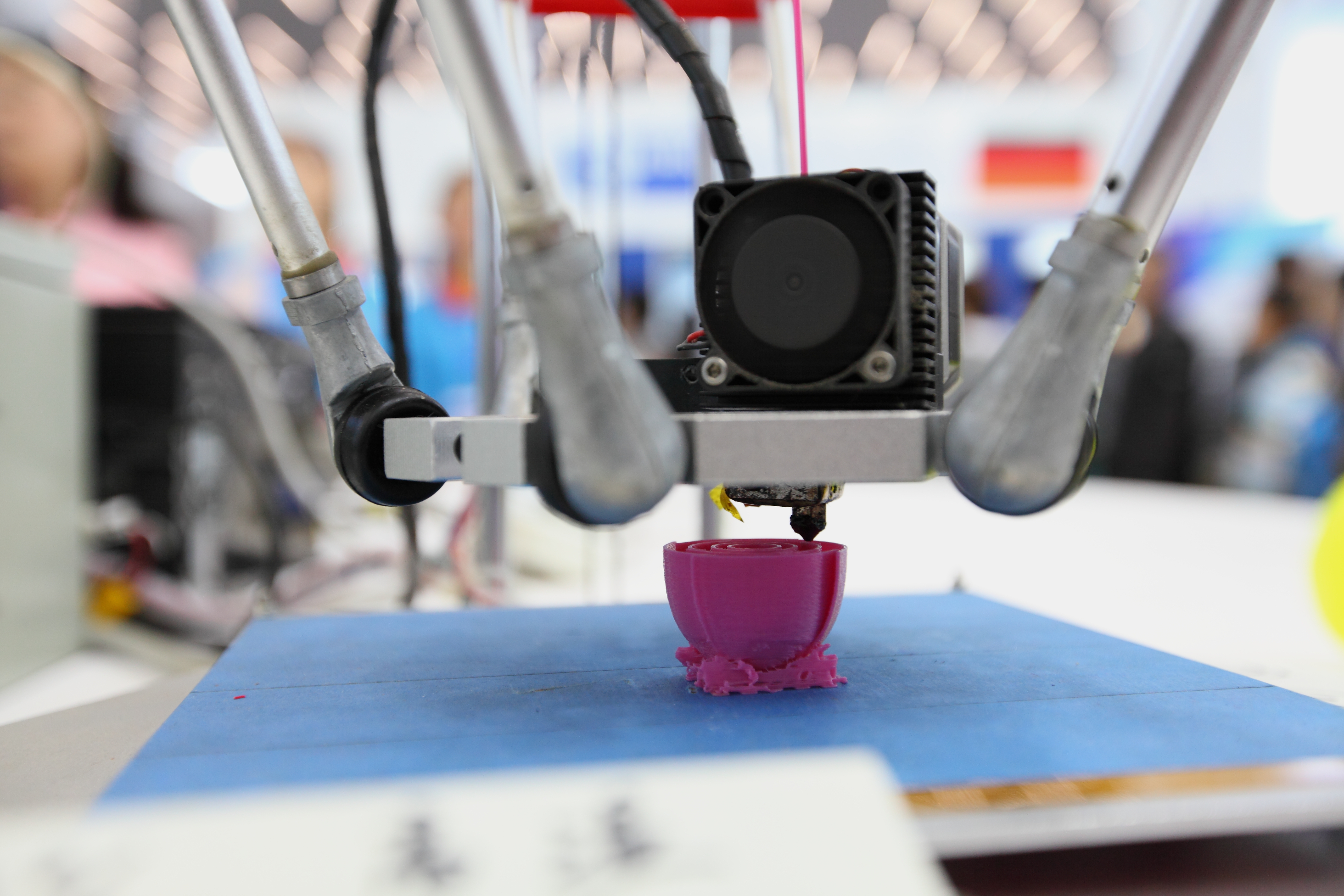 The idea of taking a digital blueprint file and turning it into a physical object. Creating the possibility of printing plastic model toys to technical innovations that could change healthcare. 3D printing is still in its infancy but growing fast. Big name brands have started incorporating 3D printing such as Hasbro, Coca-Cola, Nike, Boeing and even Hershey.

Jonathon Beschen went to a 3D Printing “Bootcamp” representing SparkNET Tech at Walnut St. Labs. The class was structured so anyone can participate and build their own 3D printer throughout the day. Ever since he got back from the class its been all the buzz throughout the office coming up with things we can print with it from little robots too Batman/Superman logos.

Harvard scientist Jennifer Lewis is working on the idea of using 3D printer to produce lithium-ion batteries. This could make it possible to create new kinds of devices. The plastic part of a hearing aid is already 3D printed to custom fit into the wearer’s ear. The electronics must be made separately and the batteries have to be replaced frequently This new technology could allow the final product to be printed together making production much quicker and simpler.

It’s only a matter of time until 3D printers become as common to the average consumer as paper printing. This may sound revolutionary and it is but just like any other revolution it comes with consequences. Every brand should be concerned of 3D printing, people will be printing stuff in their houses rather than going to stores and buying things. The potential of being able to replicate physical products as easy as pirating music or movies should be concerning to companies.